Part of working in the field of giftedness includes engaging in frequent and usually repetitive media interviews. The questions posed by the interviewer—whether television, print, radio, or podcast—are usually the same. Unscripted, it’s helpful to try to keep answers both consistent for rigour, and varied for interest. Recently though, I was given a brand new question from an international media outlet. A question that I’d never heard before:

‘What do we still not know about intelligence that would be great to know?’

Flicking through a mental library of modern research in this field, and leaving aside the age-old conundrum of ‘consciousness’, I let my thoughts wander to some of the big findings. The milestones.

In a project with Professor Steven Hsu (Vice-President for Research and Graduate Studies and Professor of Theoretical Physics at Michigan State University, also Adviser to BGI, the gene institute of Beijing in Shenzhen) as part of GE’s Decoding Genius podcast series, I’d seen the fantastical evolution of ‘brain upgrades’ available to babies. Flicking genetic switches to ensure that optimum intelligence is reached.

Later, with the ABC (and based on the work of Professor Joanne Ruthsatz), I’d spoken about the shared aetiology (causation of a condition) of individuals with autism and child prodigies. Joanne is also one of many gifted experts who have documented a surprising footprint of exceptional intelligence: the strong link between it and an advanced moral–ethical development.

Even on the very periphery of intelligence, much ground has been covered. Using research and interviews from the greats in the field, like British biologist Dr Rupert Sheldrake, I’d released a book at the beginning of this year exploring the other side of logic: intuition, or ‘knowing without knowing how we know’. Many of the famous intuitive experiments cited in that book began last century. The peer-reviewed paper of a phenomenographic study of Nobel laureates—86% of whom believe in ‘scientific intuition’—is based on data from the 1970s and 1980s.

Further, neuroscience as a field is no longer in its infancy. In fact, it’s more than half a century into its research, with many big universities and societies for neuroscience being created back in the 1960s. We’ve mapped the regions. We’ve sequenced the genome, and noted links with intelligence. We’ve sliced and diced. We’ve expanded definitions to encompass both the brain and gut, and added branches and buzzwords like ‘EQ’.

To a certain extent, as of the year 2020, we know enough about intelligence. We’ve known about it for quite a while. We’ve known that there really aren’t any blockers to harnessing intelligence in new ways. As Ray Kurzweil expounds in his famous 2005 book about the singularity (artificial general intelligence), ‘There are no inherent barriers to our being able to reverse engineer the operating principles of human intelligence and replicate these capabilities in the more powerful computational substrates… The human brain is a complex hierarchy of complex systems, but it does not represent a level of complexity beyond what we are already capable of handling.’

Here’s the first part of my response to the question posed by that media outlet—one of the highest selling magazines around.

I don’t think intelligence will be a driving factor in a few years from now. With neural lace allowing access to ‘the sum of all knowledge’, elements like memory and processing speed will be irrelevant. I have been closely monitoring Elon Musk’s gifted school based at the SpaceX factory in California since it opened. Sure, they start reading Homer’s Iliad and Odyssey at eight years old. But they also don’t teach second languages there. They allow students to ‘opt out’ of any subject they don’t want to do. They downplay handwriting. Why would they bother if these children will be growing up, working, and retiring around the year 2070?

Neural interfaces
Around 170,000 years ago, we were walking around naked, completely exposed to the harsh elements of Earth. One can only imagine that we quickly overcame this by whipping up some clothes through the use of whatever plant, animal, or other material was available. Clothing was not a necessity, but a life enhancer.

Just 20,000 years after that, we were still walking around without speaking. We couldn’t communicate through talking. Language just didn’t exist. Many languages preceded the language in which you are reading this paper. In fact, English only started its evolutionary journey relatively recently, in the last 1,000 years or so. Language was not a necessity, but a life enhancer.

In 2006 we walked around without any access to information in our pockets. The following year, Steve Jobs changed that with the iPhone, selling one billion of them within a few short years. The iPhone was not a necessity, but a life enhancer.

It’s not such a giant leap then to imagine future generations looking back on us now as a different kind of naked. Without access to the sum of all knowledge. Without the ordinary magic of artificial intelligence (AI). And it’s not hard to further imagine that upgrading humans with access to AI through brain–computer interfaces like neural lace will happen just as easily as previous evolutions.

Originally a term used in a series of novels by the Scottish author Iain M. Banks, neural lace or ‘brain mesh’ is an implantable brain–computer interface. In the early prototype versions developed in 2019, these had a bunch of very thin threads (ten times thinner than a human hair) sewn into the scalp, providing input/output between brain and computer. Such an interface allows any individual to achieve symbiosis with superintelligence: instant access to processing, memory, learning, and artificial general intelligence at an unprecedented scale. 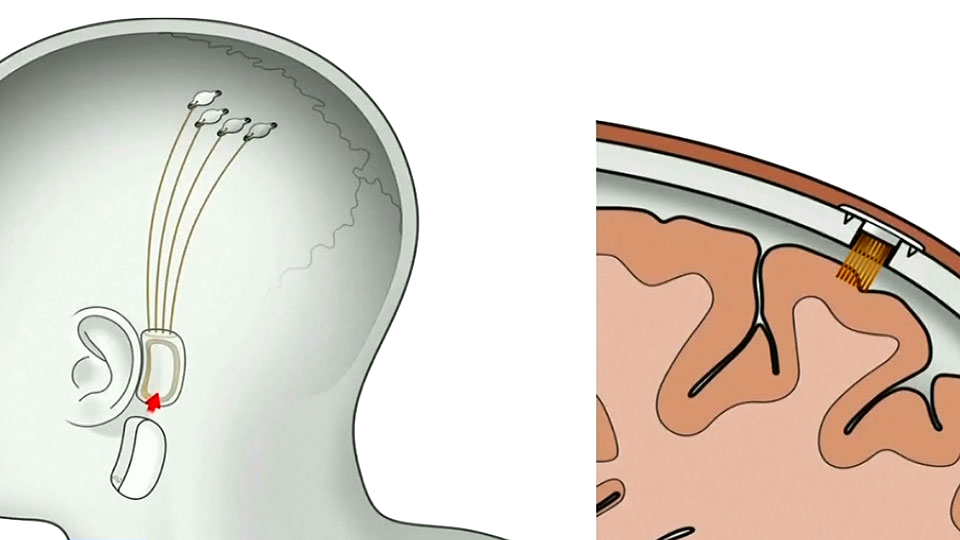 To the extent that this is painless and non-invasive, I am certain that it will be as rapidly accepted as the iPhone was, and probably even more so given the generations raised on technology over the last few decades. Brain–computer interfaces may not have previously been seen as a necessity, but they are certainly a life enhancer now.

The opposite of Idiocracy
Why is this paper called ‘the new irrelevance of intelligence’? Well, much like the accelerating pace of progress in all of our technology, innovations like artificial intelligence and neural lace are already here, even if they are not in most of society’s field of vision. Iterative releases see significant improvements at each step.

They’re new. They’re no longer ‘coming soon’. Much like the original iPhone launch—unknown, unexpected, and in some ways unimaginable by the majority of the population—it is only those that are looking further out than their current reality that will see these world-changing advances ahead of time. And, though once used as a marker of the pinnacle of success—a measurement of capability—extraordinary intelligence will become ordinary. It’s here, and it looks a lot like the opposite scenario shown in the cult classic film Idiocracy.

We can all have access to this superintelligence as standard. As Professor Hsu mentioned in that GE series, the new average IQ score might be closer to 1,000. This is a multiple of five above and beyond the intelligence of even people like Australian mathematician Terry Tao (IQ 200+), who went to university at just nine years old, and became a professor at the age of 24.

Unimaginable for all humans? It’s here.

Imagination for aliveness instead of worry
It might be seen as cause for concern that the democratisation of superintelligence makes many, many things irrelevant.

Even the age-old equity battle to end the torture of gifted children in standard schools finally becomes irrelevant. But this is not terrifying, it’s exciting. It allows new and completely different pathways to open up.

A new focus
Returning to the media interview, after discussing some of the learning priorities for students at Elon’s gifted school, I expanded my response with the conclusion that:

Both children and adults need to be architecting their lives for the future right now. I find it reassuring that this particular school [Ad Astra]—possibly the greatest educational pilot in the world—instead focuses on three things generally lacking in society: imagination, motivation, and kindness.

In a new world where everyone is born a prodigy and grows up as a genius, where everyone is ethical because they can see 20 steps or more into the future (like cooperative and benevolent chess grandmasters!), there is less room for conflict and more room for kindness.

Get ready for all individuals to have a complete and instant understanding of the necessary steps to get from A to Z. And beyond.

Get ready to absorb expert information, have an automatic sanity and quality check performed, immediately see and understand all cross references, ‘skip over’ older contrarian or argumentative cognitive processes, and to feel a sense of peace.

Get ready to experience a constant curiosity and subsequent satisfaction with understanding new things—and realising them fully—in every moment.

Get ready to feel a deeper compassion for every other human being, no matter the previously identified and now outmoded differences.

(UPDATE: Read updates to this article at Life Architect.com.au/AI…)

Alan D. Thompson is a consultant to gifted families, the chair of Mensa International’s gifted families, and the author of several books on high ability and personal development. He became a member of the IEEE in 2007, and a Fellow of the Institute of Coaching at Harvard Medical School in 2017. His research was also recently cited in the Department of Education (NSW) analysis of gifted education as part of the 2021 High Potential policy.

Kurzweil, R. (2005). The singularity is near: When humans transcend biology. New York: Viking.

Neuralink, Elon Musk’s company for brain–computer interfaces is at: Neuralink.com

To cite this article: Thompson, A. D. (2020). The New Irrelevance of Intelligence. Retrieved from: LifeArchitect.com.au/irrelevance-of-intelligence/