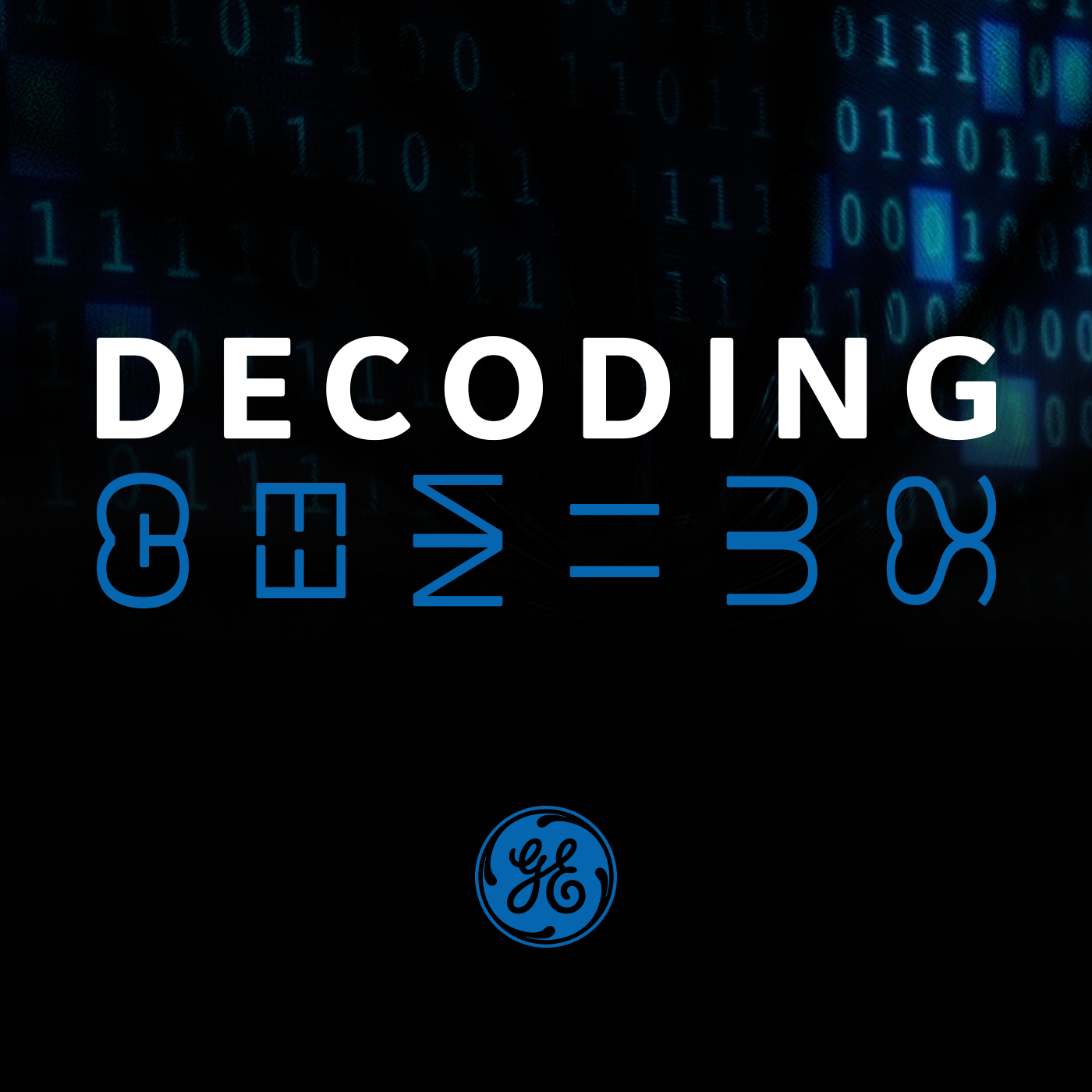 I want to listen with…
Spotify, Stitcher, iTunes, Whooshka.

[Update, 2017] GE and Fairfax won an INMA award for the Decoding Genius series! 130,000 downloads and featured number one in the Arts iTunes podcast section…

In 2016, I was approached by the team behind a brand-new podcast series. Developed by GE General Electric, Macquarie Radio Network, Fairfax Media, and Made, the project is titled Decoding Genius. The series will be syndicated to radio, and available for download online.

1. Spotting Genius: The Genius – Born or Bred? Geniuses: Are they born that way or are they made? Is there a gene for genius; if height is hereditary, can ‘genius’ likewise be passed on? Meet Kelcie, a young genius working on a revolutionary fungus treatment to help the world… and become a billionaire.

2. ​Getting the ‘lightbulb’ to turn on. Genius: nature or nurture? At ten years old she built her own microbiology lab, at 12 she developed an ‘intelligent antibiotic’ and joined the battle in a cure for Alzheimer’s, how will she change the world next? Listen to episode 2 of Decoding Genius and find out.

3. The turning point: Rising to the challenge. What drives geniuses to succeed and how do they overcome adversity? In episode three of Decoding Genius we go inside the mind of high school student Mitchell Clark, who got a gig working with the US Government on cyber security.

4. The 99%: Genius + Hard Work = Extraordinary Results. Why do high IQ people give up where geniuses keep going? In episode four of Decoding Genius we hear from Dr Jordan Nguyen whose reimagining the boundaries between human and technological evolution, and how geniuses deal with failure.

5. The magic of Genius: What science can’t explain. If genius isn’t in the genes, how does it arise? And what part will the study of geniuses play in the creation of thinking machines? Find out in Episode 5 of Decoding Genius as we chat to exceptionally gifted brothers Josh and Zac Tiessen.

And listen to my episode with Ivan Zelich in the sixth and final episode:

6. The future of Genius: Watch this space. Before the age of 20, this young Aussie rocked the world of mathematics, creating a new theorem changing the face of the field. If a young genius like this can shake mathematics, why can’t scientists figure out what makes geniuses tick? Find out in the final episode of Decoding Genius.

What first piqued my interest in this project was the focus on rigorous research and extraordinary stories. The producers have brought a respect and sensitivity to a challenging topic.

I’ve had the privilege of bringing onboard some of the world’s best academics, coaches, psychologists, researchers, geneticists, and “hubs of genius”.

In order of appearance, they are:

Otto Siegel MCC (Founder and CEO of Genius Coaching USA, Certified Human Behavior Specialist with Nobel Laureate Dr. Konrad Lorenz in Germany. Author of Yes, You Are a Genius – Whether You Know it or Not.)

Professor Stephen Hsu (Vice-President for Research and Graduate Studies and Professor of Theoretical Physics at Michigan State University. Adviser to BGI, the gene institute of Beijing in Shenzhen.)

Colleen Harsin (Director of the Davidson Academy, a gifted school for the top 0.1%.)

We travelled the world to talk to some of the most interesting young geniuses who are solving puzzles with their exceptional minds and trying to change the world; identifying them with this description, laid out a century ago by Thomas Edison, one of the world’s greatest inventors: “Genius,” he said, “is 1 per cent inspiration and 99 per cent perspiration.”

Includes the stories behind two of my coaching clients.

Here is the press for each of the episodes.

Designer babies may be good for society: geneticist (SMH)

Decoding Genius: Is there a formula behind success? (SMH)

How this young Australian has invented mind controlled machines (SMH)

Decoding Genius: With an IQ of 154, is this young teen Australia’s own Einstein? (SMH)

What It Really Feels Like To Be Called A Genius (HuffPo)

These Incredible Scientiﬁc Breakthroughs Happened Thanks To Geniuses Under 30 (HuffPo)